The dazzling queen of burlesque, Dita Von Teese, returns to Prague with her brand new revue!

The dazzling queen of burlesque, Dita Von Teese, returns to Prague with her brand new revue!

In her latest show, Glamonatrix, Dita Von Teese will guide her audience through her fantasy empire which is far more than just erotica. Beautiful costumes dotted with thousands of Swarovski crystals, elegant shoes by Christian Louboutin and iconic corsets created precisely for the sensual curves of Dita’s body from the renowned corset master Mr.Pearl. These are the attributes of a world show that Dita Von Teese dazzles her fans with all around the world.

The latest show, Glamonatrix, is a fusion of Hollywood’s golden era with the latest dance scene trends filled with visual effects, lights and opulent costumes and backdrops. Dita will indulge her audience in all the glitter and luxury of the 1930s cabarets, including the girl in the cake, a fetishist costume in which she tames a beast of prey and the saddling of a giant lipstick. With a sparkling whip, she guides her audience through a circus arena. There will also be Dita Von Teese’s iconic giant Martini glass, but with a completely new look. In addition, other very famous burlesque artists such as Dirty Martini and Australian star Zelia Rose will join Dita during the show.

This spectacular performance by the most famous burlesque artist of the world, Dita Von Teese, will fill up Karlín Music Theater with its unique atmosphere. Due to the limited capacity of the historical theater hall, viewers will be much closer to the famous artist and will therefore be able to truly appreciate her energy, the perfect details of her body and her glittery costumes. In addition, the front rows will be replaced by small tables with armchairs and viewers will be able to sip champagne at the show as was done in luxury cabarets.

For her biggest fans and admirers, Dita Von Teese offers a meeting in person. 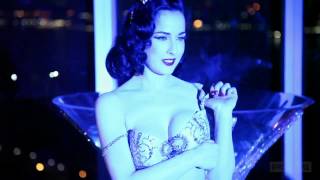 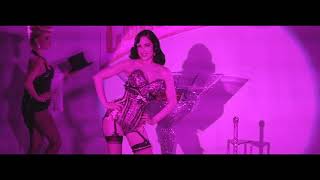 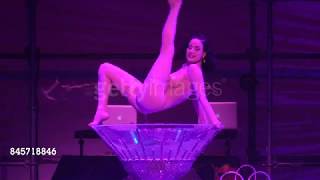 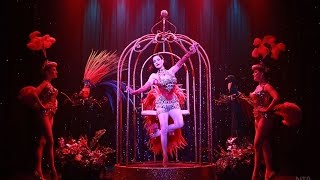 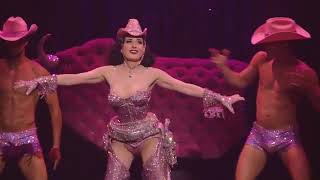